According to a Statistics Canada report, the number of job openings in Canada is at an all-time high.

As of early March 2022, Canadian employers were actively searching for more than one million job openings. This is according to Statistics Canada’s latest report on job openings, payroll, and earnings.

In March, there was an average of 1.2 unemployed persons for every job opening, down from 1.4 in February. This decline coincides with a record low unemployment rate of 5.3% and a record high labor force participation rate in the core age group of nearly 87%.

Labor shortages were most pronounced in Quebec and British Columbia, where the unemployment-to-vacancy ratio was 0.8 in each case. A lower ratio indicates a tighter labor market. The highest value, 4.3, was observed in Newfoundland and Labrador.

The number of job openings had fallen for five consecutive months since September 2021, reflecting seasonal demand. In Canada, economic activity increases in the spring and summer and decreases in the winter.

Statistics Canada is expected to release job vacancy data for April 2022 on June 24. The Job Vacancy and Wage Survey results for the first quarter of 2022 will be released on June 21. 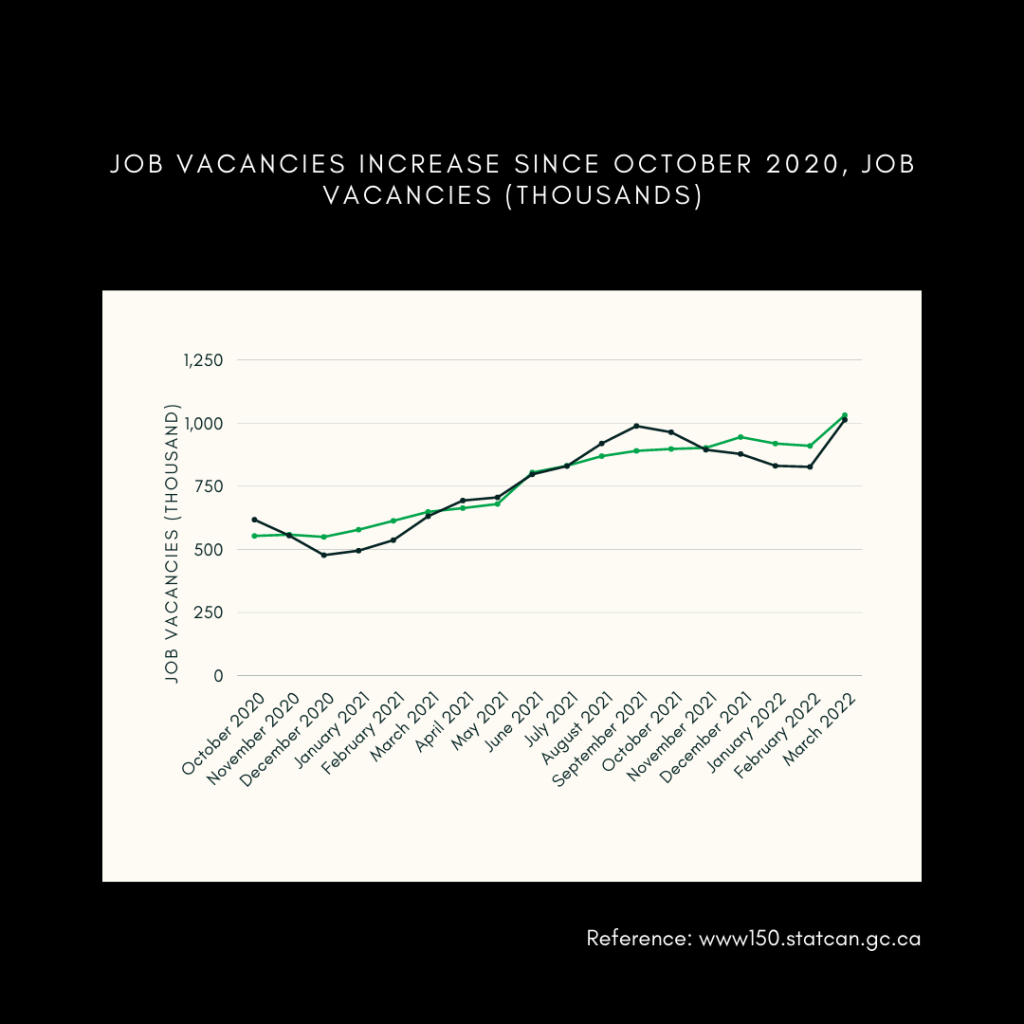 Disclaimer: Aram Visas is not a recruitment or placement agency, we do not assist any type of job and employment offers also any domestic/International placements.